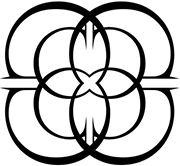 Roe v. Wade is dead. Is Same-Sex Marriage Next?

Don’t think for an instant that the Republicans are not coming for Obergefell v. Hodges, the United Stated Supreme Court case that established your federal right to same-sex marriage.

When I wrote about Obergefell v. Hodges back in 2017, smart people were saying “Someone would have to be injured by someone else’s right to be married. Courts have consistently said you’re not injured by someone else’s right to get married.” (Dan Canon, counsel for the Kentucky plaintiffs in Obergefell v. Hodges) and “Even really conservative justices don’t like to go back and revisit very recent decisions…” (Camilla Taylor, former director for the marriage project at Lambda Legal) and “Based on a fair amount of political science research, even the most ideological judges tend to be pretty reluctant to reverse established precedent.” (Dr. Patrick Egan [no relation to the author of this article], an associate professor of politics and public policy at New York University.)

Setting aside for the moment the multiple issues with Justice Clarence Thomas, we have the three highly-partisan conservative justices who were railroaded through the nomination and approval process by the Republican congress under President Trump. That they are beholden to the Republican Party is a given. Whether they are qualified to serve is another question altogether. No matter, it’s a done deal.

So now what we have is a conservative majority Supreme Court with two, if not three justices who are, for lack of a better term, compromised.

A Gallop poll that was conducted in May shows support for legal same-sex marriage among Americans to be at 71%. That’s a new high, by one percentage point. Moreover, support has been trending up steadily since 1996, when it stood at 27%.

What about abortion? The Pew Research Center says that 61% of adults in the United States are in favor of legal abortion.

Will ten percent make a difference?

Don’t count on it.

Gallop points out that “Americans who report that they attend church weekly remain the primary demographic holdout against gay marriage, with 40% in favor and 58% opposed.”

Pew says that “White evangelical Protestants continue to be opposed to abortion in all or most cases.” Three-quarters of them said it should be illegal.

Does the “religious right” sound familiar? It should, since they have been solid supporters of the far-right conservative movement that former President Trump has empowered.

So someone would have to bring a case on the local and then the state level to argue how, specifically, they have been harmed by someone else’s right to be married.

Such an argument has already been solidly rejected by the courts.

But the courts are different now.

There were 226 judges appoin­ted during Pres­id­ent Donald Trump’s tenure. Many of them are foot soldiers in the Chris­tian right legal move­ment, and according to the Brennan Center, “…sympath­etic to lawsuits by conser­vat­ive Chris­ti­ans seek­ing to opt out of comply­ing with laws protect­ing LGBTQ people”.

Jim Obergefell himself said that the abortion decision “…clearly lays the groundwork that opponents of marriage equality…” and “…I see this as the court teeing up, saying: ‘Here’s some language you can use if you’re opposed to marriage equality, you have friends on the court—and we will hear it if something should make it our way.”

What can you do?

First, focus on the state level. Striking down the federal protections puts lawmaking in the hands of the states. Having same-sex marriage protected at the state level is critical!

Here in Maryland, we were two years ahead of the federal government in legalizing same-sex marriage. But back in 1973, The Maryland Legislature had passed a statute restricting marriage to different-sex couples, becoming the first state in the country to pass such a statute.

Legislative change isn’t sexy, and hardly ever fun, but that’s where these battles are won or lost.

Maryland is surrounded by states where politicians would like nothing better than to make same-sex marriage illegal.  It’s time to remind your own and other state’s representatives about what their constituents want. Numbers matter to them! Make your voice heard! Be loud and clear that you support these rights!

At the federal level, we need to work on the midterms to keep a Democratic majority in the House of Representatives and to bolster the Democrat’s razor-thin edge (Vice President Kamala Harris’ tie-braking vote) in the Senate. This is vitally important!

Finally, we need to change the courts and the legislature, at all levels. It’s is the long game, but the long game is the winning game!

Want to make the greatest impact? Donate money, to the ACLU and others.

And gosh darn it, do these things BEFORE Obergefell v. Hodges comes into question!

David L. Egan is the proprietor and steward of the castle at Chase Court, a wedding ceremony and reception venue in Baltimore. He also consults with couples about their weddings at gettingtheweddingyouwant.com