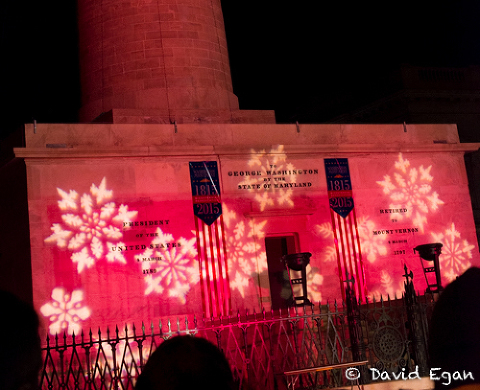 The annual lighting of the Washington Monument (the older – started in 1815, completed in 1829 – and nicer one, here in Baltimore!) is a big deal for the city and our neighborhood! This was the 44th annual lighting. 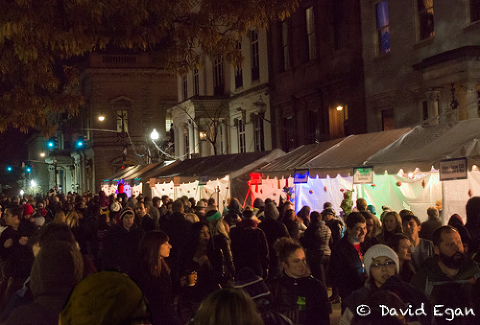 Local restaurants had booths up and down the west square of Mount Vernon Place, along with organizations and local non-profits. There was lots of great food! 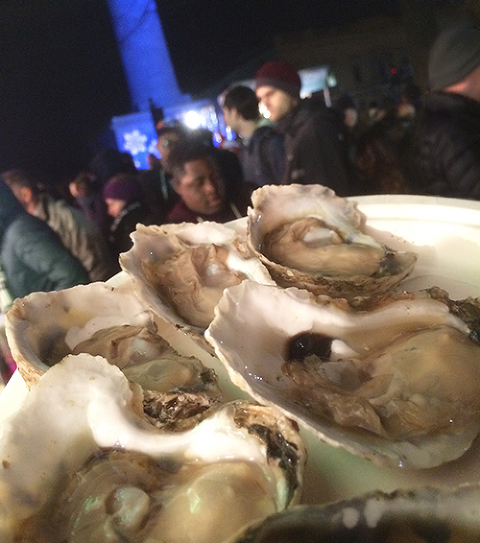 The oysters from The Local Oyster were delicious! The hearty harvest soup from Warehouse 518 was yummy, too. 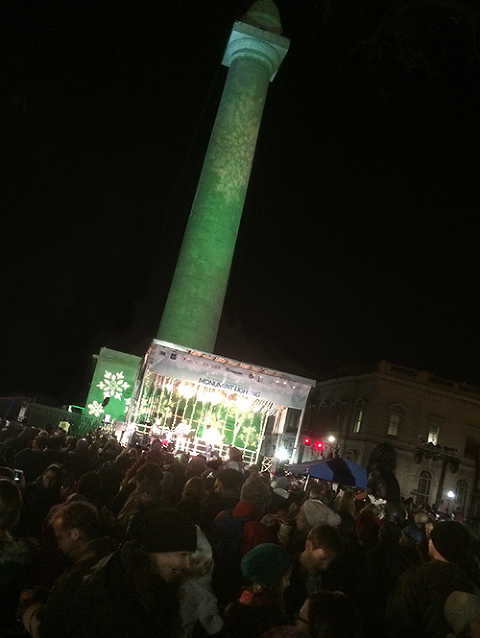 And there was singin’. The Morgan State University Choir and the Lethal Ladies of Bliss step group, among others, held forth for a couple of hours leading up to the big event. Notice the snow flake projected onto the monument. By the way, it’s 176 feet tall to the (out off sight) tip of George Washington’s head! 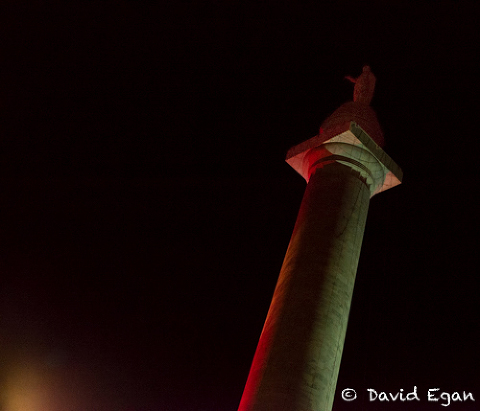 The monument was reopened in July after an 18-month, nearly $6 million dollar restoration, 200 years after the cornerstone was laid. It’s open to the public. You can climb to the top if you want! 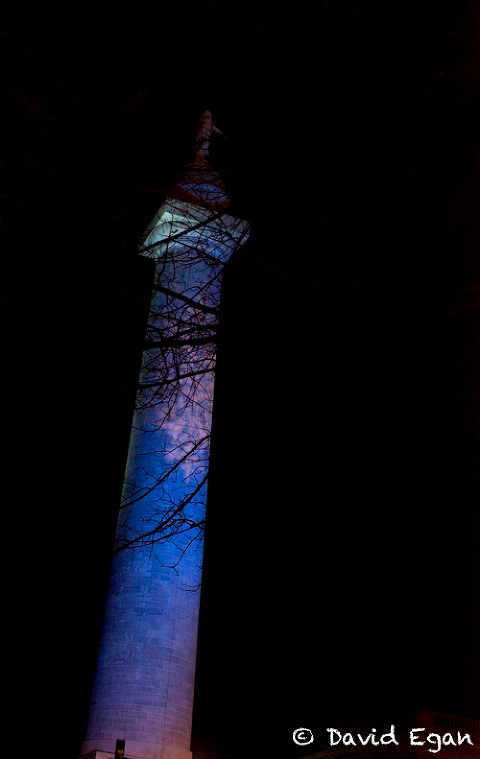 There were cool lighting effects! 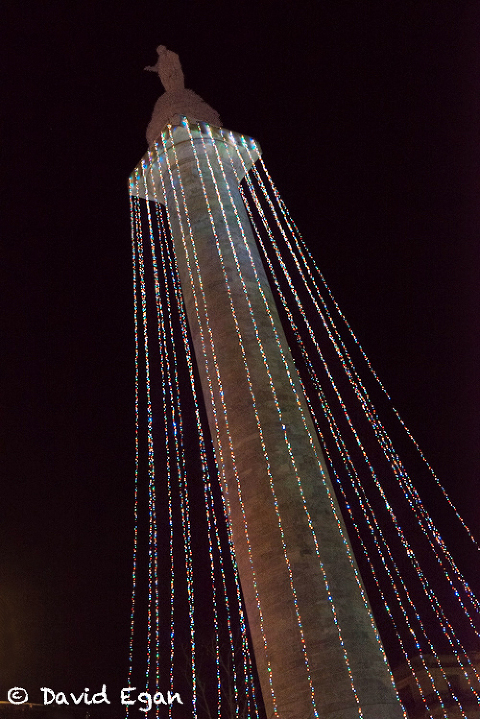 But this is the big deal! The almost 17,000 LED lights on the monument will stay on through the holiday season. It’s an absolute delight to look down North Charles Street from Chase Street and see this sight. 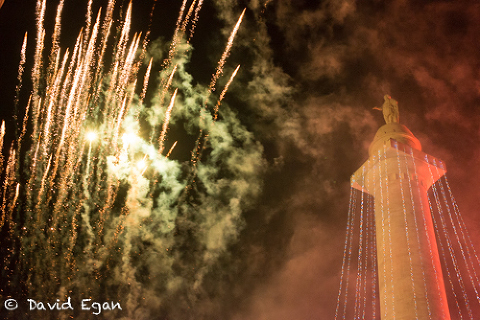 And of course there were fireworks! 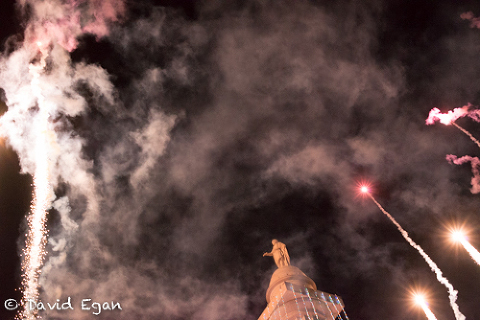 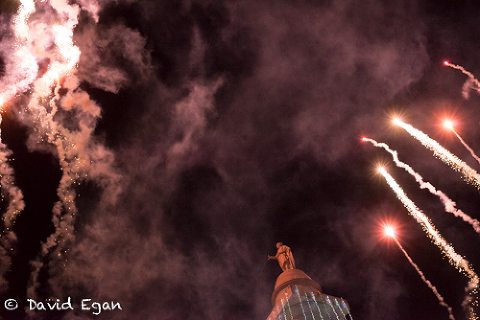 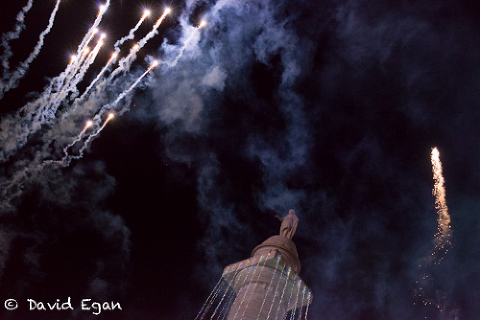 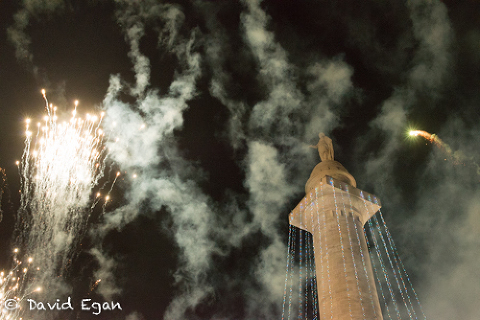 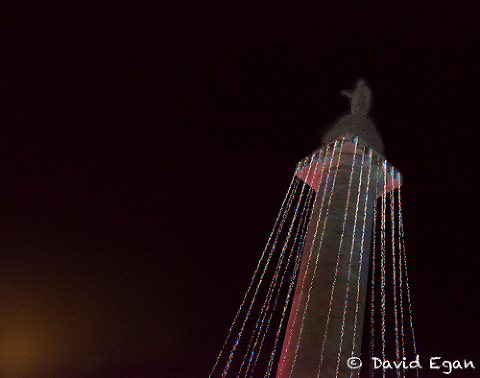 The site of the Washington Monument in Mount Vernon Square is generally regarded as one of the most beautiful urban sites in the world. The square is actually four squares surrounding the monument, all of which are about to receive a $9 million dollar restoration. It’s a gorgeous place now, and will be even more so as the park is brought back toward its original design. It’s a great part of the Chase Court neighborhood!